Back to Latest News

Volkswagen Australia unveiled its new flagship sedan recently. Succeeding the Volkswagen Passat CC that was discontinued in late 2015, the Arteon replicates the MQB architecture of the Passat but replaces the safe sedan/wagon design with a more daring, lean look. 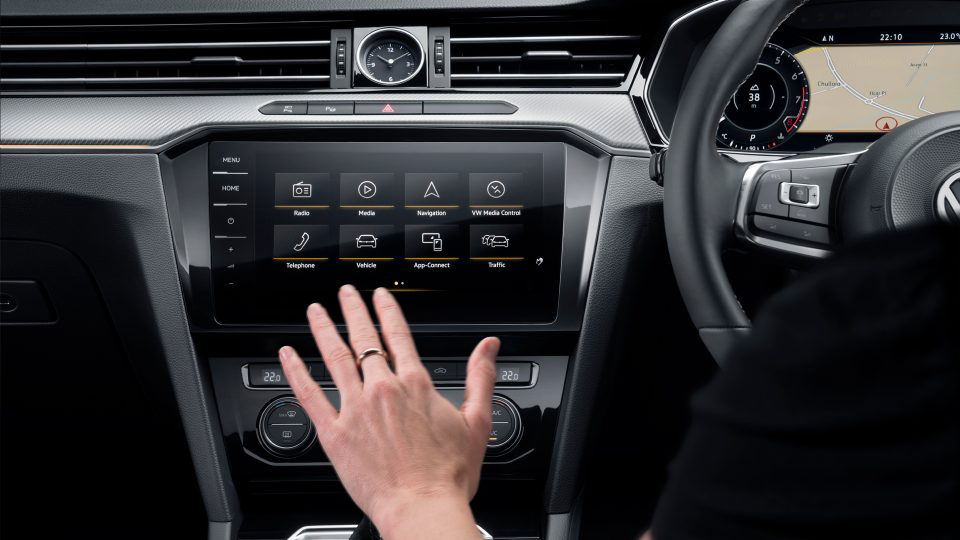 Despite sharing obvious similarities with the Passat, Arteon packs a load of new features that are not currently available in the Passat line-up or even in any of its predecessors.

The cabin is available in a single high-spec 206 TSI R-Line that comes loaded with the latest technology including a head-up display, proactive occupant protection and emergency assist systems. The price will be $65,490 before on-roads, placing it clear of the Passat and pitting it against vehicles such as the smaller Mercedes-Benz C-Class.

Regarding features, design, build quality and powertrain, the Arteon bears a sharp resemblance to the Audi A5 Sportback. While Audi badge's prestige might be a major selling point for the A5, the Arteon's striking exterior and its lower price (the equivalent Audi 2.0 TFSI Quattro cost $80,000) should be the deal breaker for most buyers. The Arteon is also 189mm longer, 25mm wider and 69mm taller than the Audi. This could also pull the purchase trigger for buyers looking for a cabin with a sturdy build. 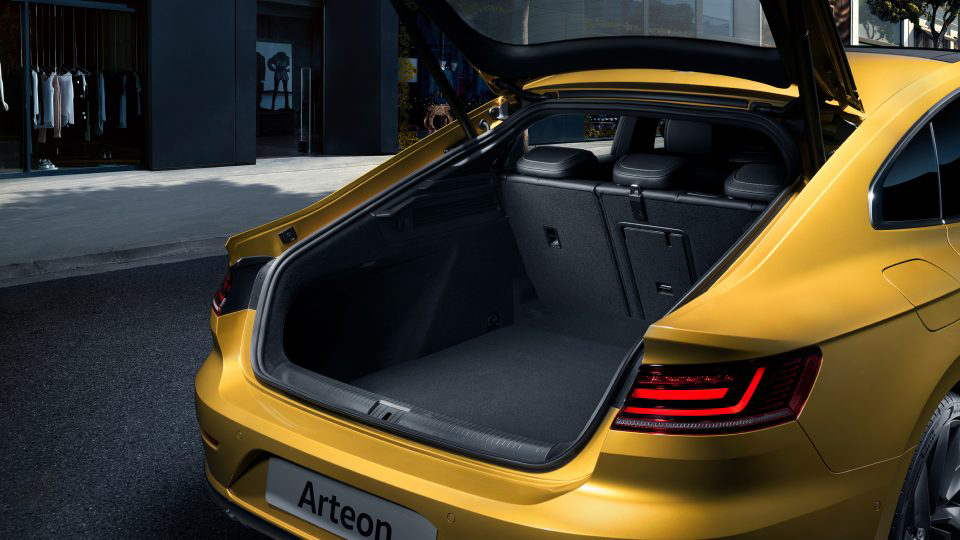 Other notable features of the 2018 Arteon include: 19-inch "Montevideo" alloy wheels; dynamic LED headlights; LED tail-lights with scrolling indicators; a frameless side window; power folding side mirrors and tinted rear windows; a reversing camera with a 360-degree view and a kick open auto tailgate. The car also lines up an interior with black leather upholstery, a 9.2-inch touchscreen with Apple CarPlay and Android Auto, an eight-speaker stereo and a 12.3-inch virtual instrument display for the speedo, tacho and satellite navigation.

You will be impressed with Volkswagen's efforts on the safety front in the Arteon. The car comes with an Autonomous Emergency Braking (AEB) which works from 5km/h to 250km/h. For speeds below that, there's a low-speed AEB system called Maneuver braking (forward and reverse) which is specifically for car-packs. There's also rear cross traffic and blind-spot warning, a powered tailgate and dynamic indicators

You can also trust a combination of adaptive cruise control and Lane Assist to keep you in your lane and at a safe distance behind the car ahead of you. Little wonder the Arteon scored the maximum five stars in the Euro NCAP safety rating.

All in all, the Arteon reserves a special spot in the rank of Volkswagen flagships. It is luxurious, well-built, modern and excellent to use. It is Volkswagen’s version of a Gran Turismo and will make an excellent travel companion. The car will come with one solid exterior paint (pure white), five cost-option metallic colours (Pyrit silver, Manganese grey, Chili red, Turmeric yellow, and Atlantic blue along with a deep black option)

The Arteon is available to test drive now, contact us to book in today.